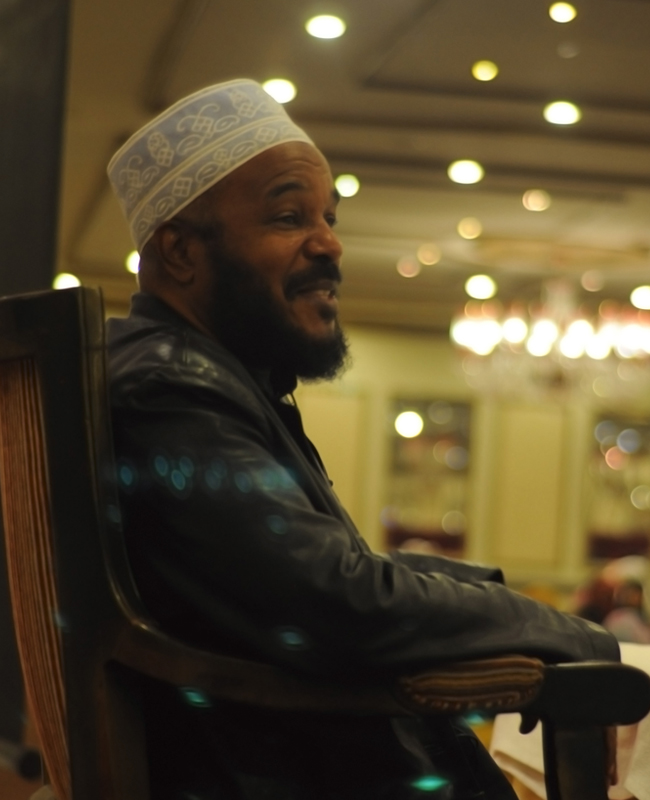 How I Became An Author, by Dr Bilal Philips.

So they assumed that since I studied in Madinah and graduated from Madinah, “You’ve graduated from Madinah,” they say, “Come teach Islamic studies in our school.” Now if you haven’t had training as a teacher that could be a problem. You may have all the knowledge in the world but without proper training you would be an ineffective teacher. You wouldn’t be able to convey the information in such a way that the young people would have that information for the rest of their lives. Because Islamic education is not just for examination purposes, for instances in your life. They are for guiding us throughout our lives. Because as we always say Islam is a way of life; so whatever we are learning is helping us to be able to live that way of life which Islam has prescribed.

In fact, I first came to Malaysia as a non-Muslim, to Saba. Because my parents were trained teachers they came with a plan called the “Colombo Plan” to Saba and they taught teachers, in Saba, how to teach. My mother also taught in Saba College- Mathematics. My father was an expert in linguistics. He learned Malay; he said he learnt it in one month. He said this is the easiest language in the world. I had their guidance as to what to do. My father sat in on my class and then advised me how best to teach. So Alhamdulillah that was a great help developing myself as a teacher, from their firsthand knowledge and experience. I didn’t study the theory, classroom management, pedagogy. But their guidance they gave me, practically, was of great help.

I was given this topic of Islamic studies to teach. When I asked them to give me the books, they said, “What books?” I said, “The Books. Everybody else is teaching from books, science has science books and math has math books. Where are the Islamic books?” They said, “We don’t have the books. You have to prepare something; anything.” That was the way they treated Islamic studies, no books. So at that point I had to look at how I studied, looking back in Madinah, what courses I studied, then I had to choose from those courses the ones which were most relevant to these young people. Because I had studied range of materials and most of them would be irrelevant to them. As my parents always stressed to make sure that what you are teaching to kids is appropriate to the age level such that they can understand what you are saying. It’s more important that they’ve understood something than that they’ve memorized and learned so many things. A few things understood are far better than many things memorized, not understood. They always stressed that.

So Alhamdulillah, for me to be able to do it, then I had to create notes. As a teacher you have to make your lesson plans. I really didn’t go formally into lesson plans, but at least I prepared the material that I was going to teach them every day. I had to write rudimentary text and then teach that to class. So my lesson plan became a book, inadvertently. So after preparing the material, my father would go over it as he was an English expert. He would guide me. My English was, Alhamdulillah, it was always pretty good as both my parents were educators. My father being an English expert, he would never allow us to make English mistakes. When we spoke, even at the table, we had to speak proper English. Though we were from Jamaica, we were allowed to speak Jamaican outside the house, but in the house we had to speak only proper English.

As I started writing material my father guided me in terms of writing, how to prepare your material and set it up in a logical sequence. Appropriate questions building, stressing the importance of having questions that the students have to answer. Not just questions for final exams, but for every class. Having that their minds thinking about what information you’re giving them. So I incorporated into the books that I was writing, which I considered to be notes instead of books at the time, I incorporated questions after every section.

The young people, they responded very positively. I tried to use material that was relevant to them. Because when we studied in Madinah, we studied the classical studies concerning aqeedah. The examples that were given were from Arabia 1000 years before which were unknown to people. For example, like when we studied in the section concerning omens, people may take from your currents of events or the sights of objects; good omens or bad omens. Meaning, once they see something or they hear something, they feel something good is going to come or something bad is going to come.

And the example which is given in the classical text is concerning what is called tiyarah. Tiyarah is connected with birds. The Prophet ﷺ had said tiyarah is shirk. The birds are shirk? No, it’s not actually the birds. But what the ancient Arabs used to do is that whenever they set out on a journey, birds would fly over them. If the bird flew over to the right, they feel it’s a good sign, and if it flew over to left side then it’s a bad sign. Don’t go on the journey. If the bird flew straight, then wait for the next bird. That is what I learned in the book, when I studied in Madinah.

But now, nobody follows those things. It would be totally irrelevant to those young kids. So I had to bring it into their own context. Most of them had grown up in West, they were the children of diplomats and professors, and they come from America. Mostly they were from Indo-Pakistani or Arab origins. So what were they exposed to in America? I reflected back to my own childhood growing up, what were the types of things we were engaged in?

Of course, our version is from European culture, where you have spilling salt which means you have bad luck for so many years or if you break a mirror or walk under a ladder, black cat walks in front of you. I took these examples and replaced with earlier ones. Knock on wood, keep your fingers crossed, all of this stuff is connected. And even the terminology luck, if you say good luck to somebody; it is a statement of shirk. Bad luck, good luck. This is a statement of shirk. We use them all the time. It is very common.

As this tradition has been ancient amongst Muslims, in fact, Muslims were the ones who introduced books to the world. The making of paper was invented by the Chinese. Muslims took that paper and created the first bound books. Europe learned it and then further developed it. But we were the first to put together books with paper and bound. That has been our tradition.
In fact, people used to weigh the value of books according to gold when they were selling books in the Abbasid Era. They would put the book on one scale and then they would put the gold that matched the weight of the book on the other scale. That’s how they sold it. That’s how much they honored and recognized the importance of learning and book publication.
I thank you for coming to this signing for my latest book “Ibn Taimiyah’s Essay on the Heart” You may be wondering why Ibn Taimiyah’s essays? Well because Ibn Taimiyah was a Scholar of the 13th century who followed the same methodology of focusing on the Qur’an and the Sunnah and understanding it, not just blindly following text, but understanding those texts and opposing innovations that Muslims like to do as all people do.
People like to find shortcuts; going around this way and that way, it’s the nature of people. It’s what created Christianity that is around today. But because the Prophet ﷺ had said “Whoever brings anything new in this religion of mine, it will be rejected by Allah.” Because of those clear statements opposed to innovation in religion, Alhamdulillah we still have Islam intact. The way we pray today, the correct way, is the same way that the Rasul Allah ﷺ prayed. The way we fast today, the correct way of fasting, is the same way.

When I had enough people ask me, I did the research and gathered information which could guide people because the one book out there of Ibn Sireen’s book of dreams, it was filled with non-sense and shirk actually. I thought this is terrible if all people have to resort to. So I felt it my duty to at least to produce something that people would have alternative to. So I wrote the book ‘Dream Interpretation according to Qur’an and Sunnah’. And I wanted to test myself to see how long it takes to write a book. Alhamdulillah that book was written and published in one month.

Culture of Collecting Books Can Be Part of the Devil’s Deception, Dr. Bilal Philips.

I believe that it is better to read Qur’an in Ramadan with translation and tafseer rather than reading it fully without understanding. We need to get back to the book with understanding. And then the books that we come to buy from the bookstore; we have a culture now of buying books. And these books when we buy it, we get it and put it on the shelf. Dust starts to collect on it. Five years later they’re having a class on the ‘Devil’s Deception’, and then we remember that we have that book; I got it five years ago. Never read it. We have to beware of that because that is a part of devil’s deception. We will not have a reward for having the book, but for reading the book, understanding from its content and acting upon it. In fact, it can be a sin against you. Because if you are committing sins in which the book which you bought said you shouldn’t be doing it, then you have no excuse before Allah. At least if you didn’t have the book; you could say well I didn’t have the book. You had that book sitting in your house that said you should not listen to music with all the hadiths and explanations. You listened to music and even when you die they’re playing your favorite song for you. But when you stand before Allah, what can you say? I had the book. But you didn’t read it.

I hope there is encouragement for you all to become writers also. Gain the knowledge through the books; through study. The books help us to be able to organize the knowledge. For those who say you can watch lectures on internet; you can watch videos and lectures of different speakers on the internet for hours, but that knowledge is scattered on videos. You need be involved in a course of study wherein somebody is teaching systematically so that you can put that knowledge brick by brick.